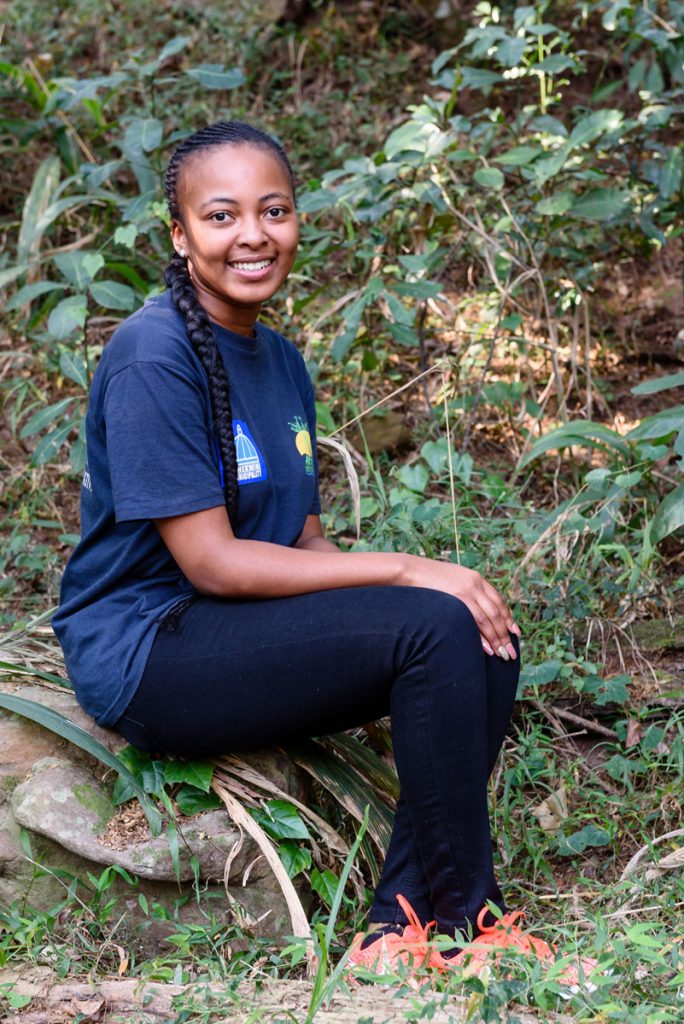 Nomfundo Phewa is bringing sunshine into 130 homesteads in deep rural Mkhuze and we’re not talking about her radiant smile.

This hard working ACT staff member is managing the Zululand Community Solar Project which is lighting households that regularly spend 40% of their income on power generation through burning coal, gas, paraffin, wood or cow dung. The locally manufactured solar units will make a real difference in day to day living in the communities bordering Somkhanda Game Reserve. By supplying rugged and robust individual solar power units, these rural families will have 3 hanging lights, 1 desk lamp and a cell phone charger in each home.
Although Nomfundo regularly drives long, dusty roads to meet with traditional councils, she is a city girl at heart. Born to 2 teachers, she was raised with her 4 siblings in nearby Kwandengezi. Hillcrest High was her father’s choice of high school and Nomfundo was part of the choir, played soccer, took part in the AfriBrit Initiative (a cultural exchange programme between Britain and South Africa) and became a prefect in her final year.

Initially disappointed by being unable to study medicine, Nomfundo quickly embraced her second choice which was suggested by her mother. Fortunately for ACT this was a BA Agricultural Extension and Rural Resource Management degree which was based at Cedara Agricultural College in Hilton. Part of the third group to register for this new qualification early rising, milking cows and cultivating plants became part of daily life for Nomfundo and her fellow students. Surprisingly, touch rugby was also part of the daily routine and Nomfundo was presented with the most promising player award at the end of her third year. After completing her Honours degree, this young conservationist worked for the Future Farmers Organisation and spent 2 months on a maize seed farm in Bergville. Fully immersed in farm life for the first time, Nomfundo’s love for agriculture was finally cemented.

Nomfundo joined ACT in 2015 and managed the GMC Project in Folweni in that same year. This was a community stream clean-up project with some group conflict which had to be well managed, providing much work and life experience.

Nomfundo’s 2016 task was the EMSLI Project , an initiative involving seed supply, establishment and continued mentoring of community gardens in the Inanda Valley. ‘Interacting with the farmers on the ground was a wonderful experience.” She adds that working with ACT is growing her as a person as exposure to so many different lifestyles (rural and urban) helps one to better understand people, the way they live and the decisions they make.

At the end of a long, working day this city agriculturist comes home to her own vegetable garden In Kwandengezi which is abundant with beetroot, peppers, spinach and carrots.

The African Conservation Trust is proud of our passionate and knowledgeable Nomfundo who is bringing modern day farming practices and power to deep rural communities and we thank her.