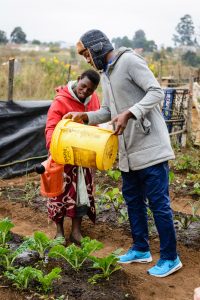 ast year, we were proud to unveil our blog series featuring the people, projects and partnerships of the African Conservation Trust.

We started with our EMSLI (Ethekwini Municipality Sustainable Livelihoods Initiative) project which established food gardens in the Inanda Valley with ACT and Ethekwini Municipality supplying seedlings, training and mentorship to micro farmers. Marvin Ndelu, overseeing 15 gardens in the Matata area, became more friend than mentor in the time he spent in Inanda and we would like to commend him and the other Garden Mentors for the wonderful results they achieved.

Paul Cryer, the manager of our Applied Ecology Unit, is engaging communities neighbouring Ithala Game Reserve in the Ithala Project. This involves a 20-year community sustainability plan and a 5- year elephant and rhino habitat plan. Paul and his team (Sihle Mthethwa and Steven Matema) are communicating with 7 communities and various government bodies over issues such as protected area expansion, priority species conservation and human-wildlife conflict in order to source innovative approaches. We wish our dedicated colleagues well as they work with empathy to achieve agreement between all impacted parties. 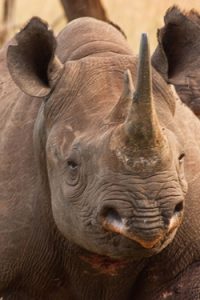 , our first ZAP-Wing pilot, is passionate about both flying and wildlife conservation. Etienne has been flying for the Zululand Anti-Poaching Wing since 2012, undertaking daily patrols and supplying support in many forms for game reserves in the Hluhluwe area. After years of folding his long legs into the cramped cockpit of his BushCat, Etienne has moved over to the helicopter wing of the anti-poaching unit. We thank him for his dedicated service to ZAP-Wing and we appreciate his continued efforts to combat rhino poaching. ZAP-Wing is an initiative of Project Rhino, whom ACT works closely with in the role of Secretariat; undertaking the roles of administration, fundraising and holding the lease for the Hluhluwe Airfield where ZAP-Wing is based.

Our Heritage Unit searched for Lost Cities and Settlements in the Kruger National Park, after identifying a number of possible undocumented Iron Age sites using GIS and a sketch map from 1905. The team investigated six sites on foot, facing the ever present danger of attack by wild animals and poachers in these remote inaccessible areas. Simultaneously, they were aware of the immense privilege of being allowed access to these unspoilt parts of the Kruger Park. Three of the sites showed evidence of previous habitation, including stonewalling remnants, ceramics and stone tools. A worthy project indeed! 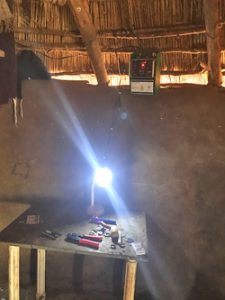 Phewa brought sunshine into 130 homesteads in deep rural Mkhuze. This valued ACT staff member managed the Zululand Community Solar Project where homesteads were supplied with individual solar units powering 3 hanging lights, a desk lamp and a cell phone charger. Households in remote, rural areas regularly spend 40% of their income on power generation in the form of coal, gas, paraffin or candles. We know this project has made a profound difference and we are excited to see what Nomfundo will achieve next.

Shannon Hoffmann, from The African Raptor Trust, is passionately blazing a trail with her African Bearded Vulture Breeding Program. From harvesting viable eggs on Drakensberg cliff faces to patiently hand-rearing the chicks using an imported hand-made puppet, she has proven herself to be determined and undefeatable again and again. 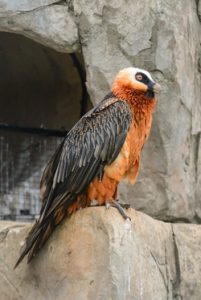 ACT is proud to have partnered with this worthy organisation in the building of a much needed education centre.

Sihle Mthethwa, from ACT’S Applied Ecology Unit is working on the Ithala Project which involves community engagement around conservation issues in areas bordering the Ithala Game Reserve. Sihle is a consummate conservationist with a proven track record. His experience is varied including supervising baboon management teams in the Western Cape and conducting bird diet research on islands off the Cape Coast.  His ground up and hands on approach guarantees success in every project.

Look out for the next instalment in our blog series highlighting the many faces of ACT.

Jul 14, 2017
We use cookies on our website to give you the most relevant experience by remembering your preferences and repeat visits. By clicking “Accept All”, you consent to the use of ALL the cookies. However, you may visit "Cookie Settings" to provide a controlled consent.
Cookie SettingsAccept All
Manage consent