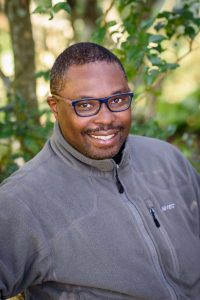 Sihle is a member of ACT’S Applied Ecology Unit which is presently working in Zululand on the Ithala Elephant Range Expansion Project. “What we are trying to do is a bottom up approach. We go to the communities and let them say what they think should be prioritised,” he says. ‘We want the projects to be envisaged by the community and we will be an enabling agent.”

Community engagement is the first step and the project parameters will be agreed on only when the needs of the community are firmly established. This ground breaking range expansion project requires engagement with 7 separate communities and government bodies and seeks agreement on protected area expansion, priority species conservation and human/wildlife conflict in the area surrounding the Ithala Game Reserve.

“You can never urbanise every square inch of earth. That would be the most detrimental thing we could ever do. The backbone of any country is the rural farming people. It’s nice to wear a suit and tie and drive a fancy car but, at the end of the day, whatever you are going to eat comes from farmers. We have to make people proud of that”, says Sihle. The Ithala Elephant Range Expansion Project will lead to crop protection in the long term. 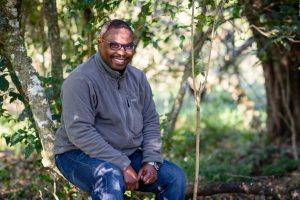 who has Swazi roots, finished his schooling in Mbabane and subsequently started studying mechanical engineering which he followed with a desk job. It was then that he realised that the corporate world wasn’t his calling and he decided to study nature conservation at Tshwane University of Technology.

“I didn’t like wearing a suit and a tie and I always liked walking in the bush. Yes we’d play soccer and ride bicycles but the most fun we’d have is playing in the bush.” Sihle’s family was passionate about wildlife. “My uncles and my dad liked these nature channels and when they were together they’d watch videos of lions and hyenas.” 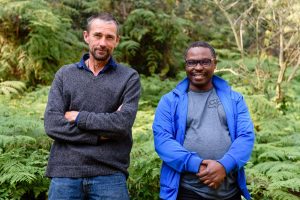 “The baboons are a big problem for various reasons. One is urbanisation and the other is access to water”, he says. “Baboons are very intelligent animals. They can tell if your car is locked. They know how to break into your house. I’ve seen a baboon take a sliding door off the tracks quietly and lean it on the wall and then enter the house. Our goal was to keep them out of town for 80 percent of the time as they are known raiders. We chased them and herded them like cattle and restricted them to areas where we could control them better.” Sihle was responsible for teams managing three troops, the largest of which comprised forty baboons. He attributes his success to his hands on approach.

“The greatest advantage for me, when I started, was that I didn’t focus on the admin work. I walked with my team, up and down the mountains, through the rain and I began to understand. That helped me to manage better.”

This enthusiasm for engagement and considered comprehension of all aspects of a community’s needs and priorities make Sihle an invaluable asset for the African Conservation Trust and we are proud to be associated with him.

Oct 17, 2017
We use cookies on our website to give you the most relevant experience by remembering your preferences and repeat visits. By clicking “Accept All”, you consent to the use of ALL the cookies. However, you may visit "Cookie Settings" to provide a controlled consent.
Cookie SettingsAccept All
Manage consent