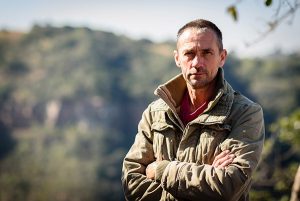 Paul Cryer is an experienced fence mender. He doesn’t have the calloused hands of a contractor nor does he have any tools. He works on the ground in the dust and long grass of deep rural Kwa-Zulu Natal where there are no signs of partially erected fence posts.

Paul, the manager of The African Conservation Trust’s Applied Ecology Unit, is driving the Ithala Project. He has abandoned the traditional conservation method of prescribing policy to effected parties in favour of a community driven, interactive process whilst managing to merge economics and conservation ideals. Paul will have achieved more than hammer and nails ever could, if agreement is reached between communities neighbouring Ithala Game Reserve and conservationists working within the wildlife fences, on co-created justifications for environmental protection.

The Ithala Project combines a 20-year community sustainability plan in combination with a 5-year elephant and rhino habitat plan for the Greater Ithala Complex. Paul and his team of two (Sihle Mthethwa and Steven Matema) are communicating with 7 communities and various government bodies over issues such as protected area expansion, priority species conservation and human/wildlife conflict in order to source innovative approaches to environmental, social and economic sustainability. 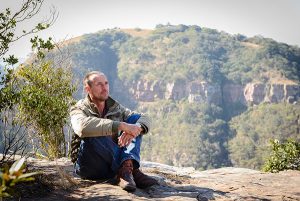 “ By releasing preconceptions and creating communication networks that validate and incorporate the thinking of all stakeholders, new land use patterns may be found that secure the tenure of local communities (human and non-human) in an inclusive and sustainable manner,” says Paul. It seems like an impossible task to achieve agreement between so many impacted parties.

“Although the methodology is complicated the underlying concepts are simple,” he states. Paul has studied and applied the mechanics of TheoryU (written by MIT economist C. Otto Scharmer) to the project and brought many years of invaluable conservation experience to the table. He credits his early passion for conservation to a documentary on Operation Noah, a 5 year mission to rescue wildlife from the rising waters of the newly constructed Kariba Dam in Zimbabwe. Working outdoors with animals seemed like the best possible career choice in the world to 6 year old Paul.

This intrepid conservationist’s career began with a BSc degree which he “limped” through due to undiagnosed dyslexia. A position at The Sugar Association Research Centre led into a happy 18 year period with The Wilderness Leadership School. Paul was the youngest field guide they had ever appointed and he describes himself and his fellow rangers as “rogue environmental monks.” In 2003, Paul set up home with his new family (the talented artist Roz and her daughter) in a small sea-side town on the north coast of KwaZulu-Natal and embarked on a Masters’ degree in the same year. A management system for the Imfolozi Wilderness Area was the subject of his thesis. Paul first partnered with ACT in 2011 for The Mkuze River Conservation Project and again in 2014 for the Ithala Project.

ACT is proud to be associated with this impressive conservation leader and we are excited about the successful conclusion of this ground breaking project.
Words by Sandy Woods
Images by Heidi Christie (Bright Blue Photography)