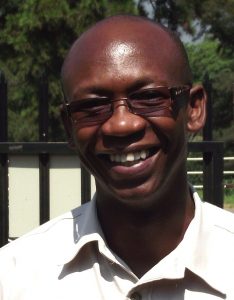 Oscar is one of the most experienced biodiversity conservation managers in the province of KwaZulu Natal, South Africa, and a respected practitioner at national and regional level. He brings to the African Conservation Trust a wealth of knowledge in sustainable community conservation, leadership and governance.

Since 1996, Oscar has been working for Ezemvelo KZN Widlife (the public entity responsible for the protection of biodiversity and management of all conservation areas in the province of KwaZulu-Natal) holding several increasingly responsible positions, including Officer in Charge of two well-known Drakensberg parks such as the Greater Giant’s Castle Game Reserve and Royal Natal. For the past 14 years he has been the Park Manager for the uKhahlamba Drakensberg Park World Heritage site, responsible for an area in excess of 283,00Ha, including 16 Protected Areas (Management Units) and leading a staff team of 300.

Most recently Oscar is an integral member of the senior leadership team at EKZN Wildlife, guiding strategy and operations in an increasingly complex environment.

We use cookies on our website to give you the most relevant experience by remembering your preferences and repeat visits. By clicking “Accept All”, you consent to the use of ALL the cookies. However, you may visit "Cookie Settings" to provide a controlled consent.
Cookie SettingsAccept All
Manage consent